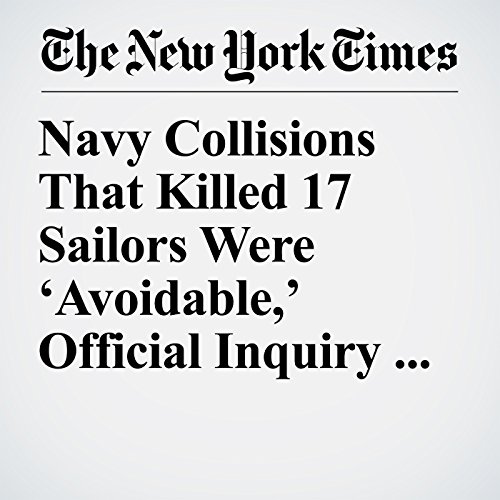 Two collisions between Navy destroyers and commercial vessels in the Western Pacific earlier this year were “avoidable” and the result of a string of crew and basic navigational errors, the Navy’s top officer said in reports made public on Wednesday.

"Navy Collisions That Killed 17 Sailors Were ‘Avoidable,’ Official Inquiry Reports" is from the November 01, 2017 World section of The New York Times. It was written by Eric Schmitt and narrated by Kristi Burns.