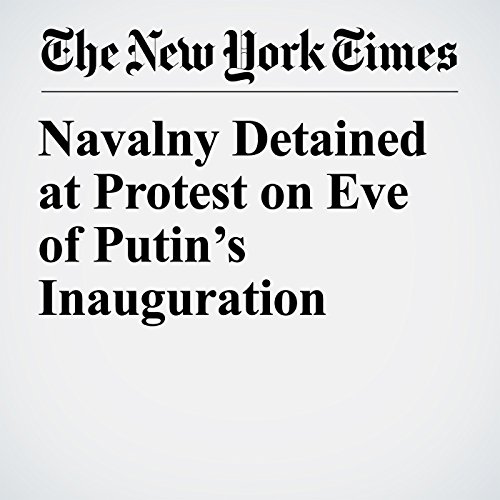 MOSCOW — Thousands of demonstrators turned out in Russia on Saturday as part of nationwide protests two days before Vladimir Putin’s inauguration for a fourth term as president.

"Navalny Detained at Protest on Eve of Putin’s Inauguration" is from the May 05, 2018 World section of The New York Times. It was written by Andrew E. Kramer and narrated by Kristi Burns.