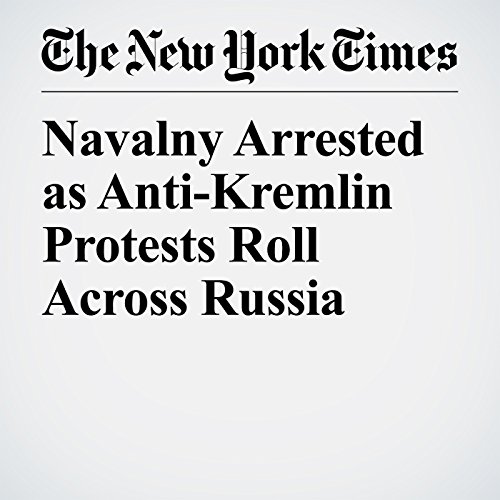 A wave of anti-government demonstrations rolled across Russia on Monday as people gathered in scores of cities to protest corruption and political stagnation despite vigorous attempts by authorities to thwart or ban the rallies.

"Navalny Arrested as Anti-Kremlin Protests Roll Across Russia" is from the June 12, 2017 World section of The New York Times. It was written by Neil Macfarquhar and Andrew Higgins and narrated by Kristi Burns.