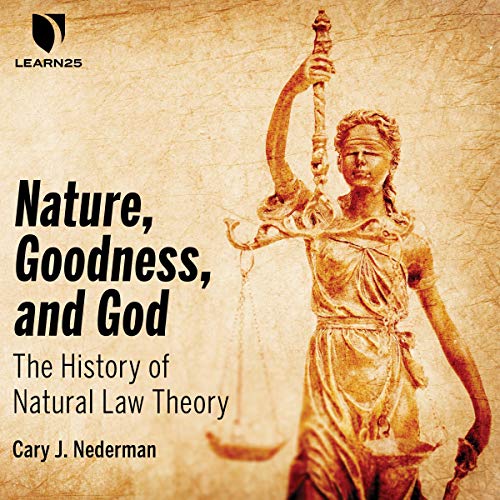 How do we discern good and evil, just and unjust, virtue and vice? What role does reason play in morality?

With roots in Greco-Roman antiquity, natural law - the idea that human nature is guided by certain universal principles - has been a cornerstone of Western moral and political thought for centuries. Over the course of 12 lectures, award-winning professor Cary J. Nederman (PhD, York University in Toronto) traces the development of natural law theory from Aristotle (384-322 BCE) into the post-World War II era. Throughout, you will get a flavor for the highly consequential ways in which natural law has both shaped our social institutions and been shaped by Christian thought.

Prof. Nederman begins by defining natural law as it was understood in antiquity before shifting his focus to the transformation of the precepts of natural law by early Christian thinkers. The middle section of the series examines the revival of ancient philosophy by Christian scholars in the Middle Ages. The final third is devoted to instances in which natural law has surfaced in the context of moral and political discourse between the 17th century and the present day. See for yourself why the theory of natural law remains such a compelling way of exploring human nature.