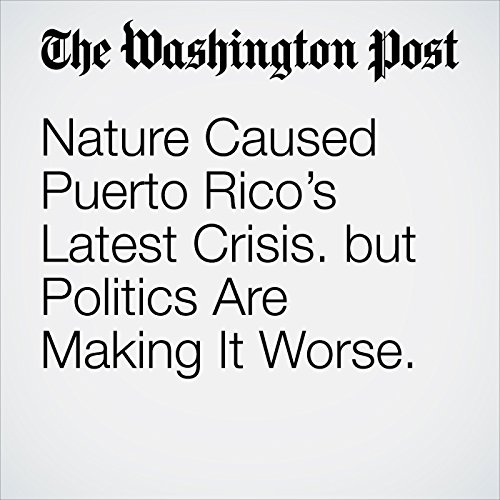 CIDRA, Puerto Rico. Everywhere you look, you see the devastation left by Hurricane Maria. People are dying because of the slow response to the emergency. This new crisis could be the ultimate one for Puerto Rico, which has already had quite a few. And while this one was caused by natural events, political decisions are making it worse.

"Nature Caused Puerto Rico’s Latest Crisis. But Politics Are Making It Worse." is from the September 29, 2017 Outlook section of The Washington Post. It was written by Carla Minet and narrated by Sam Scholl.