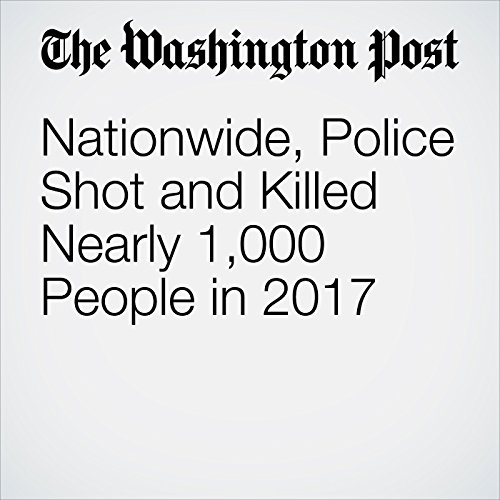 For the third year in a row, police nationwide shot and killed nearly 1,000 people, a grim annual tally that has persisted despite widespread public scrutiny of officers’ use of fatal force.

"Nationwide, Police Shot and Killed Nearly 1,000 People in 2017" is from the January 05, 2018 National section of The Washington Post. It was written by John Sullivan, Zane Anthony, Julie Tate and Jennifer Jenkins and narrated by Jenny Hoops.