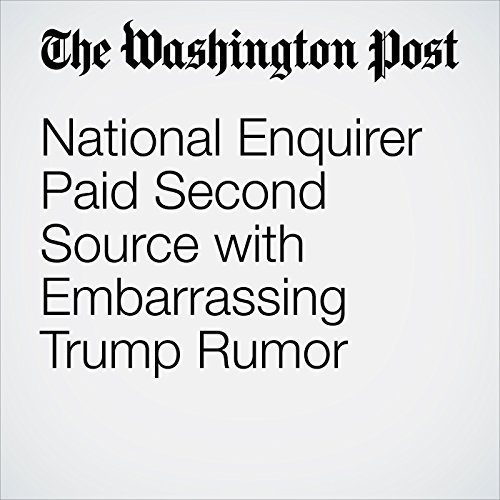 The owner of the National Enquirer paid $30,000 in late 2015 to a onetime Trump Tower doorman who was offering an embarrassing story about then-presidential candidate Donald Trump but never published it, according to a person familiar with the payment.

"National Enquirer Paid Second Source with Embarrassing Trump Rumor" is from the April 12, 2018 Politics section of The Washington Post. It was written by Carol D. Leonnig and narrated by Sam Scholl.