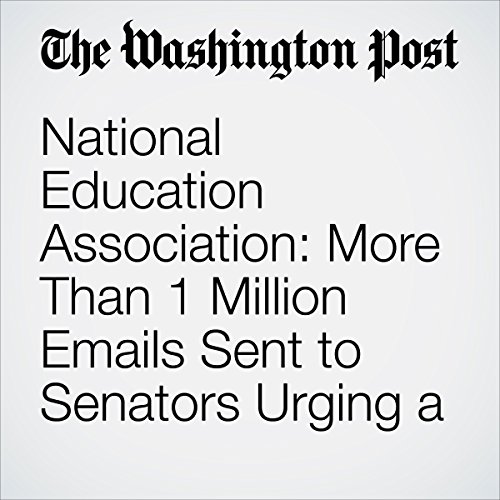 The National Education Association, the nation’s largest labor union, says that more than 1 million people have used an online form during the past three weeks to email their Senators to urge opposition to Betsy DeVos, President Trump’s nominee for Education Secretary. More than 40,000 people have called Senators using a hotline the union set up to access the switchboard at the U.S. Capitol, NEA officials said.

"National Education Association: More Than 1 Million Emails Sent to Senators Urging a Vote Against DeVos" is from the January 26, 2017 National section of The Washington Post. It was written by Emma Brown and Michael Alison Chandler and narrated by Jenny Hoops.