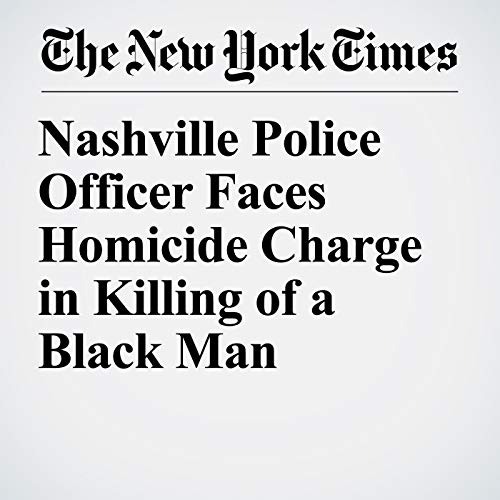 A white police officer in Nashville, Tennessee, who fatally shot a black man who was running away from him was charged with criminal homicide Thursday, officials said.

"Nashville Police Officer Faces Homicide Charge in Killing of a Black Man" is from the September 28, 2018 U.S. section of The New York Times. It was written by Matt Stevens and narrated by Barbara Benjamin-Creel.