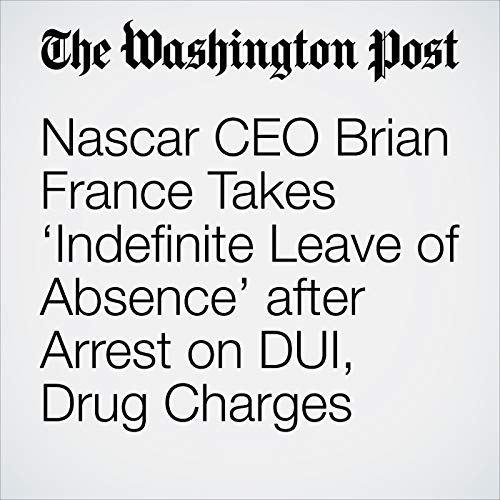 NASCAR CEO and Chairman Brian France was arrested on DUI and drug-possession charges Sunday evening in Sag Harbor, N.Y., the police department there announced Monday. France was pulled over after his 2017 Lexus went through a stop sign at 7:30 p.m. local time, according to a press release from the department. His blood alcohol level was more than twice the legal limit, TMZ Sports reported. Police also found oxycodone pills during a search, according to the announcement.

"Nascar CEO Brian France Takes ‘Indefinite Leave of Absence’ after Arrest on DUI, Drug Charges" is from the August 06, 2018 Early Lead section of The Washington Post. It was written by Matt Bonesteel and narrated by Sam Scholl.