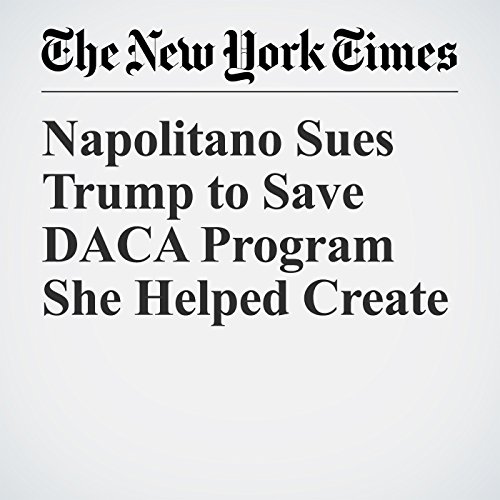 Napolitano Sues Trump to Save DACA Program She Helped Create

As secretary of Homeland Security in 2012, Janet Napolitano created DACA, the federal program that protected more than 800,000 young, undocumented immigrants from deportation and allowed them to work legally in the United States.Now, as the president of the sprawling University of California system, she is suing President Trump to save it.

"Napolitano Sues Trump to Save DACA Program She Helped Create" is from the September 08, 2017 Politics section of The New York Times. It was written by Michael D. Shear and narrated by Barbara Benjamin-Creel.