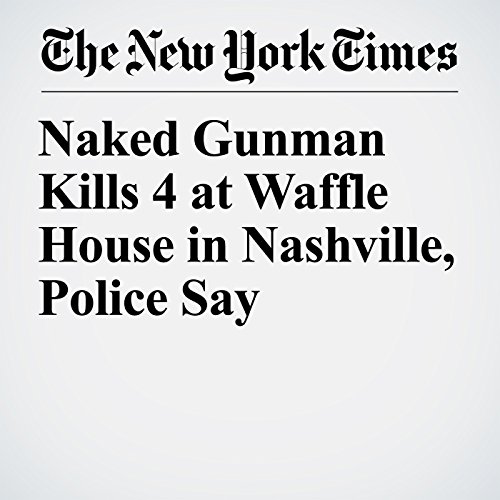 A gunman wearing only a jacket and carrying an assault-style rifle opened fire at a Waffle House in Nashville, Tennessee, early Sunday, killing four people and leaving the police searching for him and a motive, officials said.

"Naked Gunman Kills 4 at Waffle House in Nashville, Police Say" is from the April 22, 2018 U.S. section of The New York Times. It was written by Christopher Mele and narrated by Kristi Burns.