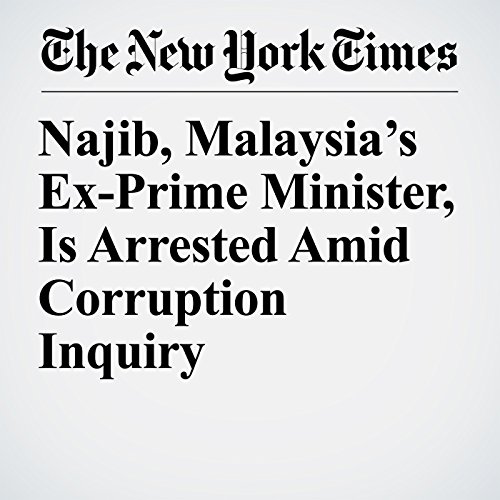 Najib Razak, the former prime minister of Malaysia who was ousted in an election two months ago, was arrested by anti-corruption officials Tuesday amid an investigation involving billions of dollars diverted from a state investment fund.

"Najib, Malaysia’s Ex-Prime Minister, Is Arrested Amid Corruption Inquiry" is from the July 03, 2018 World section of The New York Times. It was written by Hannah Beech and Austin Ramzy and narrated by Barbara Benjamin-Creel.