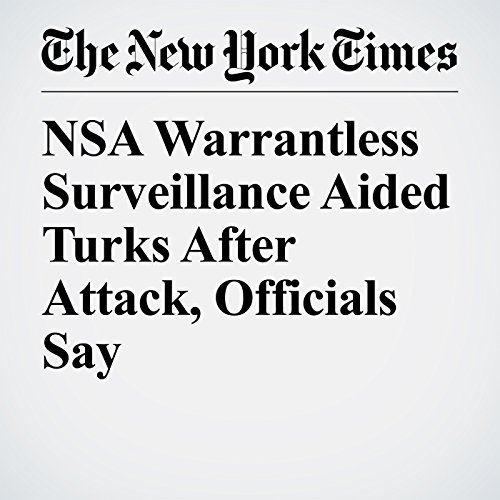 The National Security Agency used its warrantless surveillance program to help Turkey find the suspect in a terrorist attack at an Istanbul nightclub on Dec. 31 that killed 39 people and wounded dozens more, including an American who was shot, a senior FBI official said Tuesday

"NSA Warrantless Surveillance Aided Turks After Attack, Officials Say" is from the June 27, 2017 World section of The New York Times. It was written by Charlie Savage and narrated by Keith Sellon-Wright.