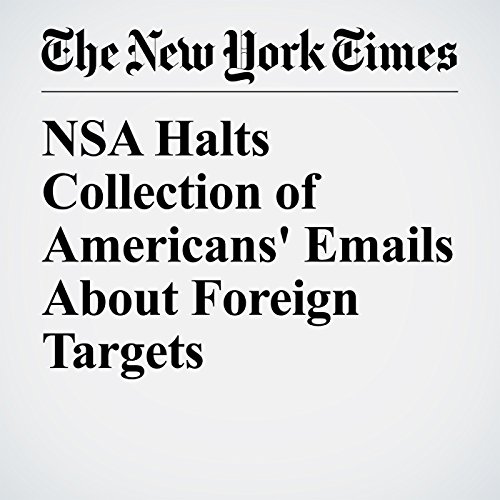 The National Security Agency is stopping one of the most disputed forms of its warrantless surveillance program in which it collects Americans’ emails and texts to and from people overseas and that mention a foreigner under surveillance, according to officials familiar with the matter.

"NSA Halts Collection of Americans' Emails About Foreign Targets" is from the April 28, 2017 U.S. section of The New York Times. It was written by Charlie Savage and narrated by Barbara Benjamin-Creel.