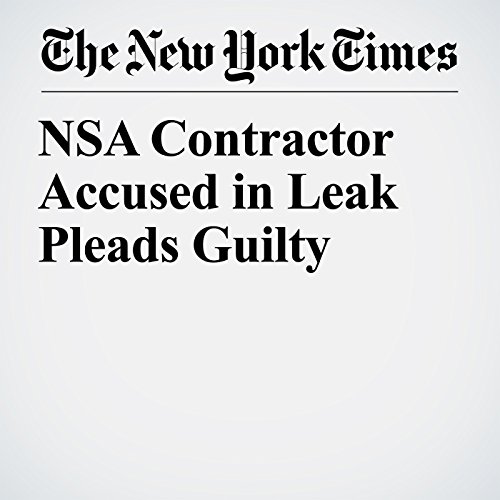 Reality L. Winner, a former Air Force linguist who was the first person prosecuted by the Trump administration on charges of leaking classified information, pleaded guilty Tuesday as part of an agreement with prosecutors that calls for a sentence of 63 months in prison.

"NSA Contractor Accused in Leak Pleads Guilty" is from the June 26, 2018 U.S. section of The New York Times. It was written by Charlie Savage and Alan Blinder and narrated by Kristi Burns.