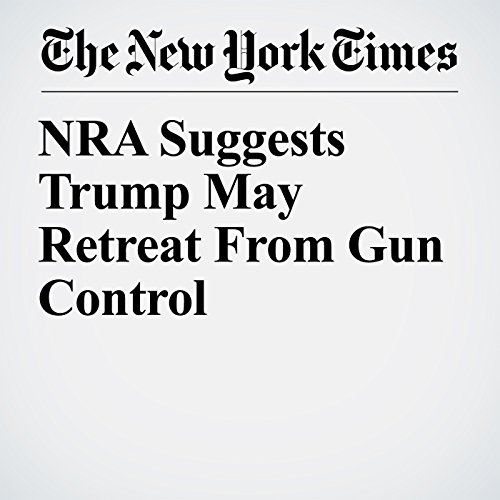 The top lobbyist for the National Rifle Association claimed late Thursday that President Donald Trump had retreated from his surprising support a day earlier for gun control measures after a meeting with NRA officials and Vice President Mike Pence in the Oval Office.

"NRA Suggests Trump May Retreat From Gun Control" is from the March 02, 2018 U.S. section of The New York Times. It was written by Michael D. Shear, Sheryl Gay Stolberg and Thomas Kaplan and narrated by Mike DelGaudio.