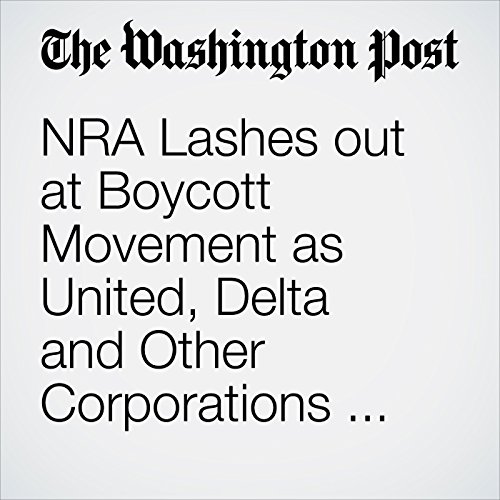 If the #BoycottNRA movement were a land invasion, it would have blitzed across the lightly defended countryside of corporate America in the past three days, pressuring United Airlines, Best Western, MetLife and at least a dozen other companies — one after another — to do away with discounts and perks for National Rifle Association members.

"NRA Lashes out at Boycott Movement as United, Delta and Other Corporations Cut Ties" is from the February 25, 2018 Politics section of The Washington Post. It was written by Avi Selk and narrated by Sam Scholl.