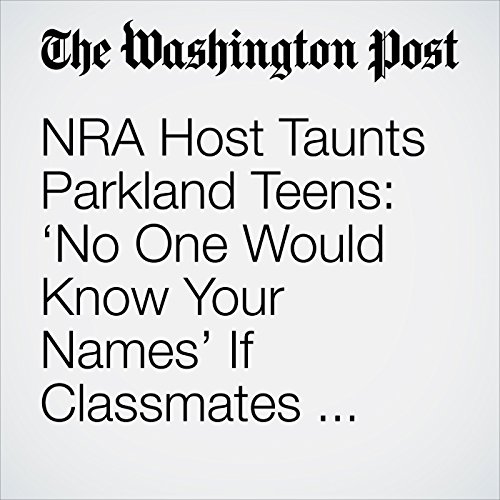 As they’ve stepped out of the hallways of Marjory Stoneman Douglas High School and into the national spotlight, the Parkland, Fla., teenagers have become Twitter influencers, TV news show mainstays and the stoic-faced subjects of a Time magazine cover.

"NRA Host Taunts Parkland Teens: ‘No One Would Know Your Names’ If Classmates Were Still Alive" is from the March 24, 2018 National section of The Washington Post. It was written by Cleve R. Wootson Jr. and narrated by Sam Scholl.