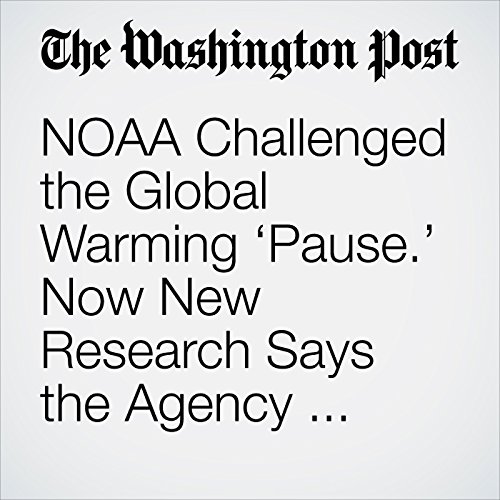 In the summer of 2015, a team of federal scientists at the National Oceanic and Atmospheric Administration published a blockbuster paper in Science that appeared to wipe away one of global warming doubters’ favorite arguments. The skeptics had for years suggested that following the then-record warm year of 1998 and throughout the beginning of the 21st century, global warming had slowed down or “paused.” But the 2015 paper, led by NOAA’s Thomas Karl, employed an update to the agency’s influential temperature dataset, and in particular to its record of the planet’s ocean temperatures, to suggest that really, the recent period was perfectly consistent with the much longer warming trend.

"NOAA Challenged the Global Warming ‘Pause.’ Now New Research Says the Agency Was Right" is from the December 04, 2016 Energy and Environment section of The Washington Post. It was written by Chris Mooney and narrated by Sam Scholl.