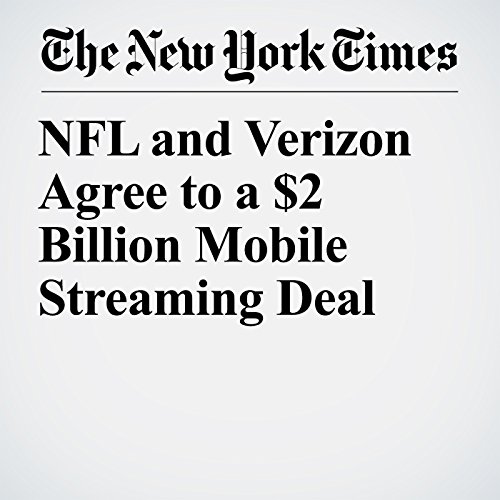 With television audiences for the NFL getting smaller, the league’s new digital rights deal with Verizon Communications represents the latest challenge to the traditional media partnerships that for decades have served as the lifeblood for North America’s richest sports league.

"NFL and Verizon Agree to a $2 Billion Mobile Streaming Deal" is from the December 11, 2017 Sports section of The New York Times. It was written by Kevin Draper and narrated by Kristi Burns.