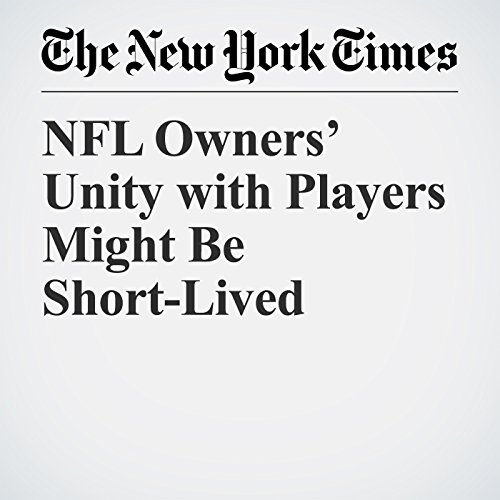 The image was striking — several owners of NFL teams locking arms with their players on the sidelines Sunday in a dramatic statement of defiance to a president who ridiculed their sport and condemned players for refusing to stand during the national anthem as a protest against racism.

"NFL Owners’ Unity with Players Might Be Short-Lived" is from the September 25, 2017 Sports section of The New York Times. It was written by Ken Belson and narrated by Keith Sellon-Wright.