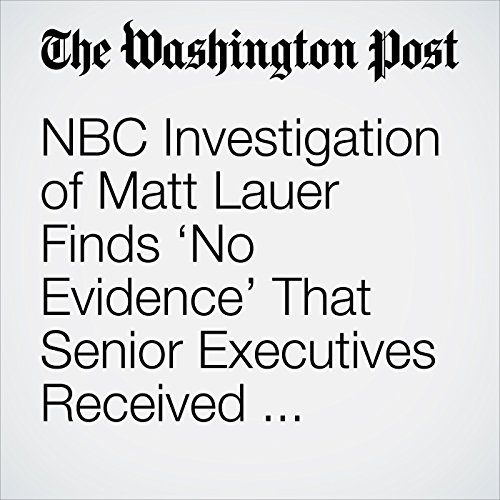 NBC released its investigation into “Today” show host Matt Lauer’s history of workplace harassment on Wednesday, concluding that there was “no evidence” that any senior executives at the network were aware of complaints about Lauer until November.

"NBC Investigation of Matt Lauer Finds ‘No Evidence’ That Senior Executives Received Complaints Before November" is from the May 09, 2018 Lifestyle section of The Washington Post. It was written by Paul Farhi and narrated by Sam Scholl.