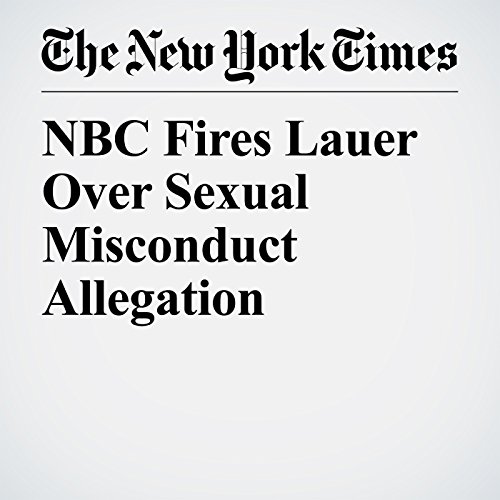 The fast-moving national reckoning over sexual harassment in the workplace reached the highest level of television news Wednesday when NBC fired Matt Lauer, the co-host of its most profitable franchise, “Today,” following an allegation that he made inappropriate sexual contact with a subordinate.

"NBC Fires Lauer Over Sexual Misconduct Allegation" is from the November 29, 2017 Business section of The New York Times. It was written by Jim Rutenberg, Ellen Gabler and Rachel Abrams and narrated by Kristi Burns.