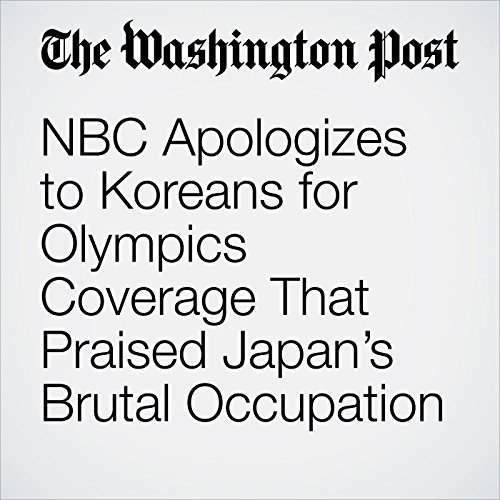 Friday’s Opening Ceremonies for the Winter Olympics in South Korea were, by most accounts, spectacular. NBC’s coverage of the spectacle, on the other hand, was considered hit and miss. Occasionally disastrous.

"NBC Apologizes to Koreans for Olympics Coverage That Praised Japan’s Brutal Occupation" is from the February 11, 2018 Arts and Entertainment section of The Washington Post. It was written by Avi Selk and narrated by Sam Scholl.