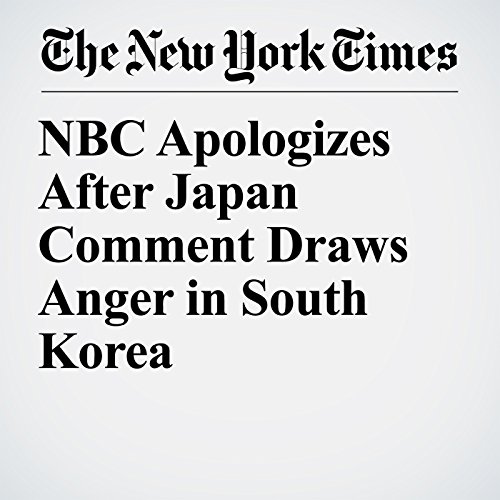 The U.S. network NBC has apologized after one of its analysts drew anger for a comment during coverage of the Pyeongchang Olympics that seemed to gloss over South Korea’s painful history with Japan, its former colonial master.

"NBC Apologizes After Japan Comment Draws Anger in South Korea" is from the February 11, 2018 World section of The New York Times. It was written by Amy Qin and narrated by Kristi Burns.