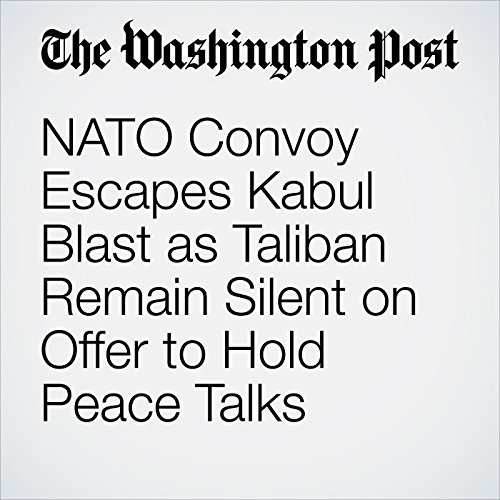 A bomb aimed at a NATO military convoy killed one civilian and wounded four others Friday on a major highway just outside the Afghan capital, police said, but the blast failed to damage its target as the line of armored vehicles sped past in light traffic during the weekly Muslim prayer day.

"NATO Convoy Escapes Kabul Blast as Taliban Remain Silent on Offer to Hold Peace Talks" is from the March 02, 2018 World section of The Washington Post. It was written by Sayed Salahuddin and Pamela Constable and narrated by Jenny Hoops.