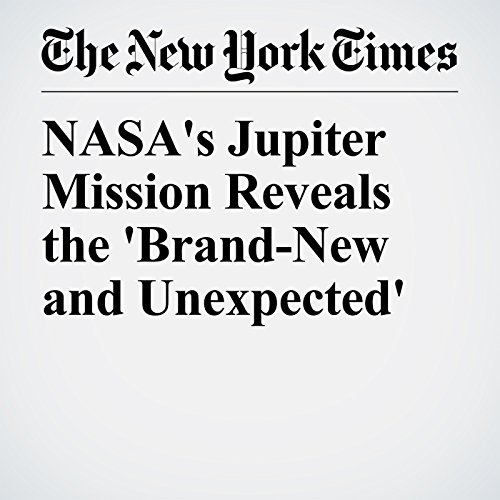 The top and bottom of Jupiter are pockmarked with a chaotic mélange of swirls that are immense storms hundreds of miles across. The planet’s interior core appears bigger than expected, and swirling electric currents are generating surprisingly strong magnetic fields. Auroral lights shining in Jupiter’s polar regions seem to operate in a reverse way to those on Earth. And a belt of ammonia may be rising around the planet’s equator.

"NASA's Jupiter Mission Reveals the 'Brand-New and Unexpected'" is from the May 25, 2017 Science section of The New York Times. It was written by Kenneth Chang and narrated by Barbara Benjamin-Creel.