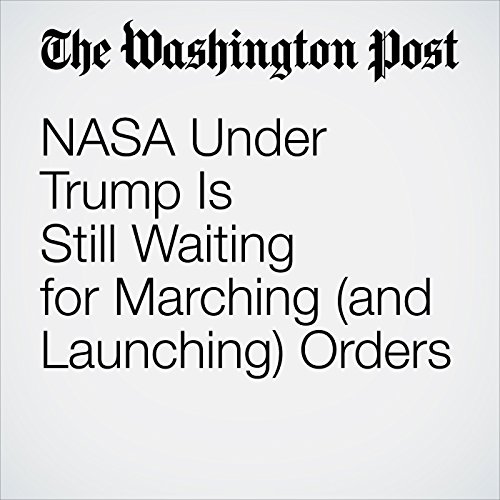 NASA employees are waiting to find out whether they'll be told to send astronauts back to the moon. They hear rumors that the Trump administration will try to strip the agency of its Earth Science research. Most of all they are wondering who their new administrator will be. Their leader for nearly eight years, Gen. Charles Bolden, said his farewell this month, and Trump has not nominated a replacement. The name that keeps surfacing as a top candidate is Rep. Jim Bridenstine.

"NASA Under Trump Is Still Waiting for Marching (and Launching) Orders" is from the January 25, 2017 Speaking of Science section of The Washington Post. It was written by Joel Achenbach and narrated by Sam Scholl.