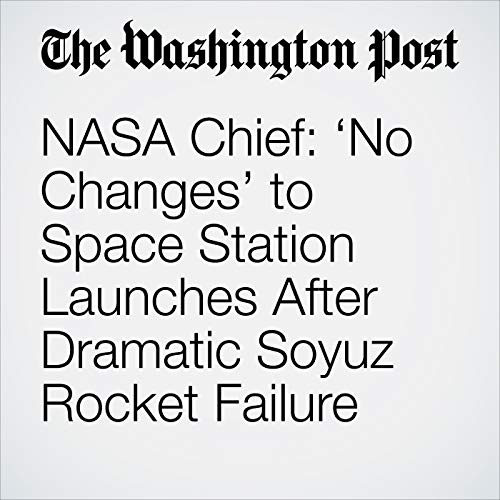 NASA’s top official suggested Friday that a new mission to the International Space Station could take place this year after Russian experts address the cause of a Soyuz rocket malfunction, which sent the crew on a harrowing escape from the outer edge of the stratosphere.

"NASA Chief: ‘No Changes’ to Space Station Launches After Dramatic Soyuz Rocket Failure" is from the October 12, 2018 World section of The Washington Post. It was written by Amie Ferris-Rotman and narrated by Jenny Hoops.