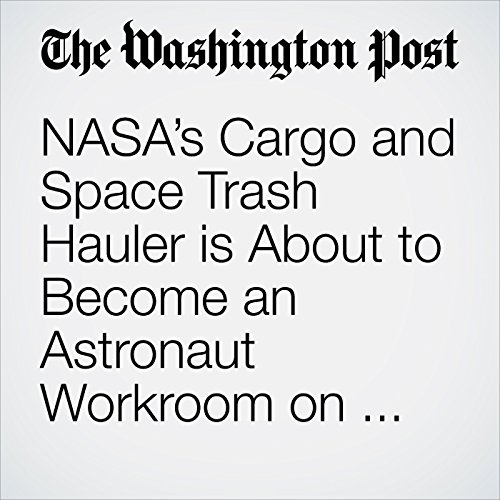 It’s perhaps not the prettiest spacecraft, its barrel shape more function than form. Like a truck, it hauls cargo to the International Space Station that is unloaded by astronauts who then fill it with trash, turning it as a massive space garbage can.

"NASA’s Cargo and Space Trash Hauler is About to Become an Astronaut Workroom on the International Space Station" is from the November 10, 2017 Technology section of The Washington Post. It was written by Christian Davenport and narrated by Jenny Hoops.