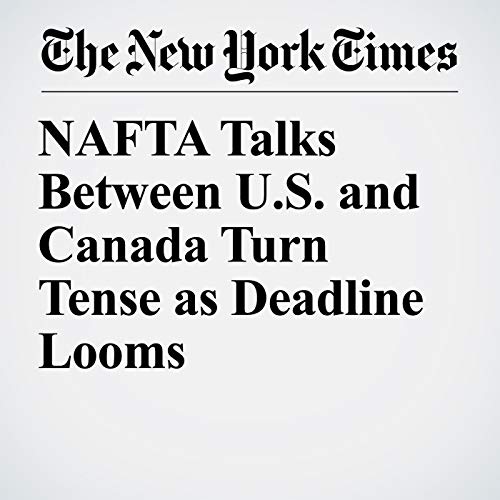 Trade negotiations between the United States and Canada turned tense Friday morning, as both countries struggled to reach agreement on several key issues and President Donald Trump continued to disparage Canada and its trade practices.

"NAFTA Talks Between U.S. and Canada Turn Tense as Deadline Looms" is from the August 31, 2018 U.S. section of The New York Times. It was written by Alan Rappeport and Ana Swanson and narrated by Mike DelGaudio.