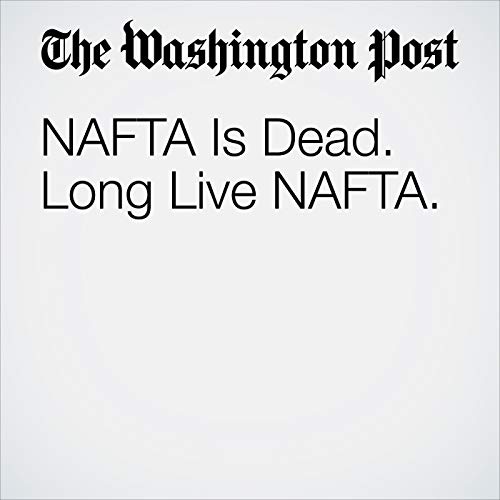 When the North American Free Trade Agreement took effect in 1994, it was widely regarded — by friend and foe alike — as an ambitious experiment in economic engineering. To advocates, it promised the benefits of stronger economic growth for its three member countries: Canada, Mexico and the United States. To its adversaries, it threatened the loss of well-paid U.S. manufacturing jobs to low-wage countries.

"NAFTA Is Dead. Long Live NAFTA." is from the August 29, 2018 Opinion section of The Washington Post. It was written by Robert J. Samuelson and narrated by Sam Scholl.