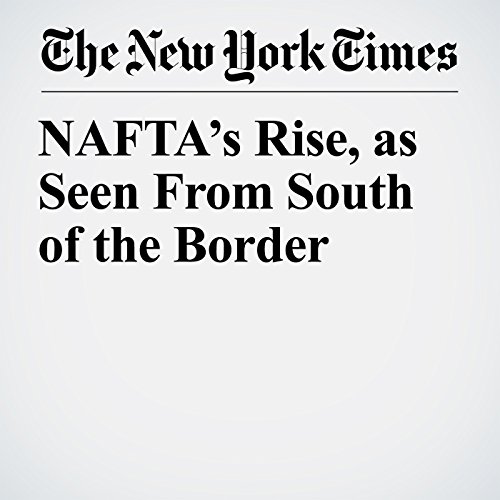 NAFTA’s Rise, as Seen From South of the Border

At a time of uncertainty over the fate of the North American Free Trade Agreement, what does it feel like to work in a manufacturing plant in Mexico, where U.S. companies have taken advantage of low labor costs? This year, The New York Times followed a group of steelworkers in Indianapolis whose jobs were moving to Monterrey, Mexico, as discontent simmered in the U.S. Rust Belt over the loss of blue-collar jobs.

"NAFTA’s Rise, as Seen From South of the Border" is from the December 26, 2017 U.S. section of The New York Times. It was written by Farah Stockman and Michel Vega and narrated by Archie Montgomery.