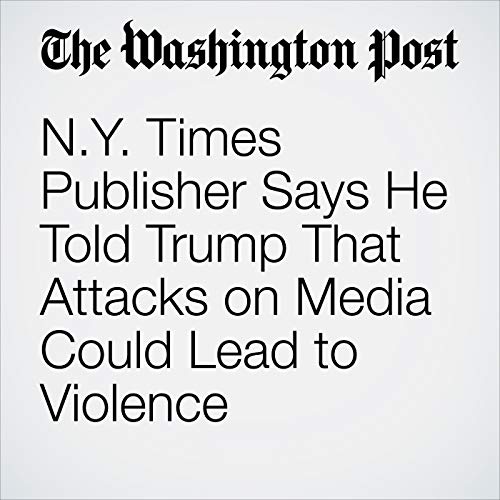 The publisher of the New York Times said Sunday that he recently warned President Trump that his attacks on journalists, including labeling them as the “enemy of the people,” are contributing to a rise in threats and could lead to violence.

"N.Y. Times Publisher Says He Told Trump That Attacks on Media Could Lead to Violence" is from the July 29, 2018 Politics section of The Washington Post. It was written by Philip Rucker and narrated by Sam Scholl.