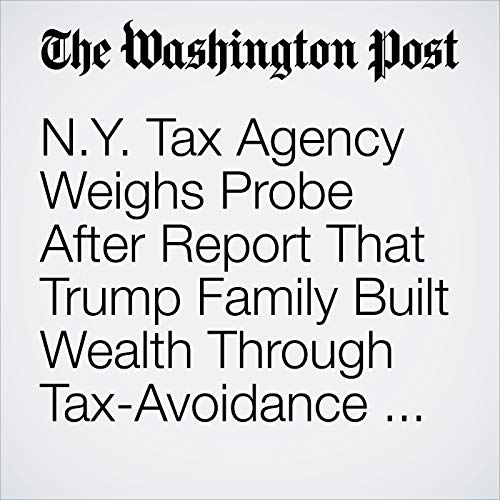 New York state’s tax agency said it is considering an investigation into allegations detailed in a New York Times story that President Trump participated in “dubious tax schemes” that allowed his father to pass him more than $413 million while minimizing tax payments.

"N.Y. Tax Agency Weighs Probe After Report That Trump Family Built Wealth Through Tax-Avoidance Schemes and Fraud" is from the October 02, 2018 Politics section of The Washington Post. It was written by David A. Fahrenthold and narrated by Sam Scholl.