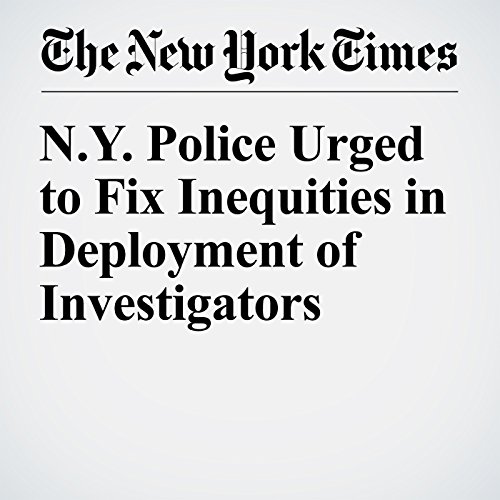 The New York City public advocate, the City Council speaker and other elected officials called on the Police Department on Wednesday to fix inequities in how it deploys investigative resources in poor, predominantly black and Hispanic neighborhoods.

"N.Y. Police Urged to Fix Inequities in Deployment of Investigators" is from the January 04, 2017 U.S. section of The New York Times. It was written by Benjamin Mueller and Al Baker and narrated by Keith Sellon-Wright.