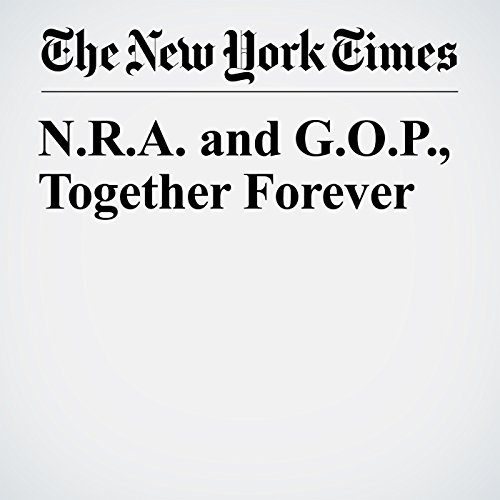 For years, Republicans have effectively outsourced their thought leadership to the loudmouths at the end of the bar. But perhaps the most extreme example of that trend has been the issue of guns, where the party has ceded control to a gun lobby that has built its brand on absolutism.

"N.R.A. and G.O.P., Together Forever" is from the October 06, 2017 Opinion section of The New York Times. It was written by Charles J. Sykes and narrated by Keith Sellon-Wright.