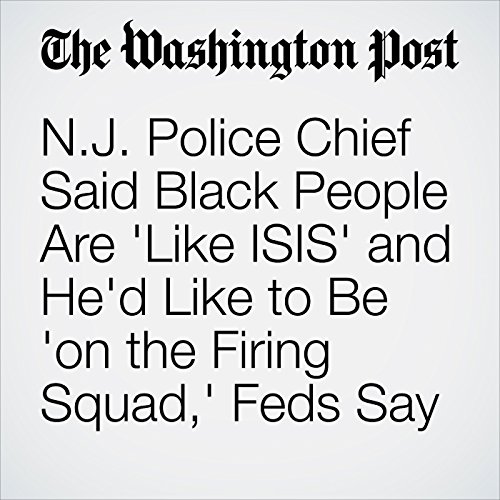 The former chief of a small township in New Jersey has been arrested on federal hate crime and civil rights charges for what federal authorities described as a pattern of racist comments and behavior — including slamming an African American teen’s head into a metal door jamb and saying that black people are “like ISIS.”

"N.J. Police Chief Said Black People Are 'Like ISIS' and He'd Like to Be 'on the Firing Squad,' Feds Say" is from the November 01, 2017 National section of The Washington Post. It was written by Matt Zapotosky and narrated by Sam Scholl.