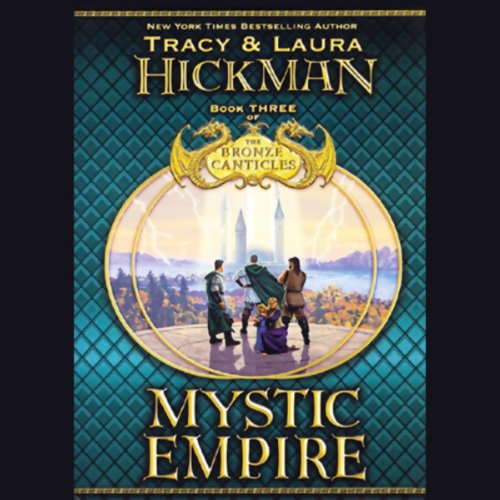 Eighty years have passed since the adventures of Mystic Quest, and the story continues with a new generation of seekers.

Theres Theona is the daughter of a magic-rich family, but devoid of any known magical ability herself. Arryk is the rebellious son of the long-lost Aislynn, whose belief in a centaur slave of the Kyree may be the faery kingdom's undoing. And from the goblin realm there is Lunid, a hobgoblin academic whose obsession with the vision of a handsome faery prince is driving her to perilous limits.

As these three heroes seek to breach the barriers between their realms, they will risk bringing titans, dragons, and a warrior tribe into world-altering conflict.

"Impressive and provocative....This emotionally charged, intense novel's crafted magical system and likable characters evoke an atmosphere both timely and timeless." (Publishers Weekly)
"Fans of Hickman's work should be extremely pleased with this audiobook. Lloyd James does a fantastic job performing, really embracing the epic fantasy and giving it an energy and depth on par with the finest narrators in the business." (sffaudio.com)

The story has potential. Getting to know and like the main characters is a short coming of the book. As soon as you start to like one or more characters; the story has moved on to the next generation leaving behind all the characters you've come to enjoy reading about.

I feel like they progressively and quietly abandoned pieces of the story as they changed books. For example the servants to the fairies, from book one, the little housekeepers. The pier altogether seemed to only kinda exist. Other than that it was an enjoyable series.

I enjoyed this but it was odd to see the series jump so far into the future.

it still was a fun listen