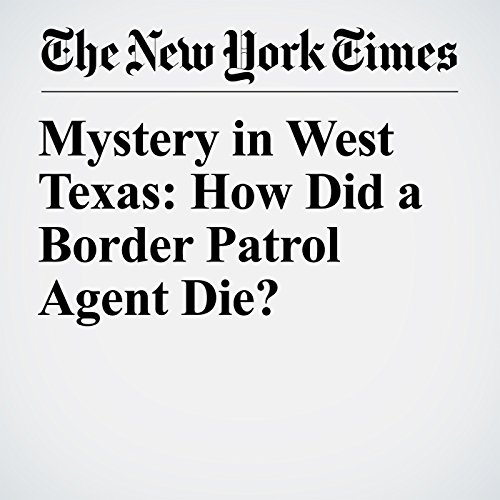 President Donald Trump called it proof of the need to build a wall; Sen. Ted Cruz said it was a “stark reminder” of insecurity along the border. To everyone, it seemed like a horrendous example of the dangers that Border Patrol officers face as they cover vast, remote and unforgiving territories.

"Mystery in West Texas: How Did a Border Patrol Agent Die?" is from the December 25, 2017 U.S. section of The New York Times. It was written by Caitlin Dickerson and narrated by Keith Sellon-Wright.