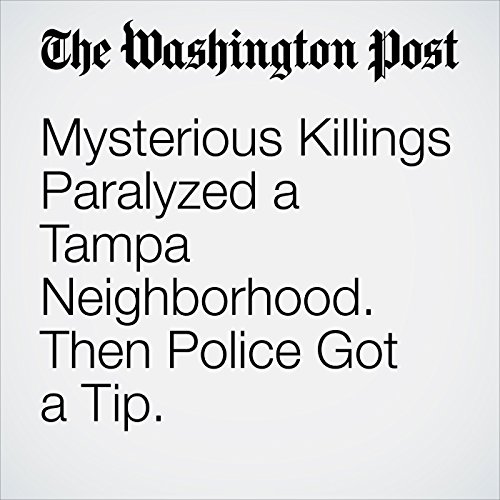 Mysterious Killings Paralyzed a Tampa Neighborhood. Then Police Got a Tip.

A good night’s sleep. That’s what authorities in Tampa said they hoped residents could enjoy again after the Tuesday night arrest of a man accused by police of a string of mysterious killings in the city’s Seminole Heights district over the past seven weeks.

"Mysterious Killings Paralyzed a Tampa Neighborhood. Then Police Got a Tip." is from the November 29, 2017 U.S. section of The Washington Post. It was written by Eli Rosenberg and Amy B. Wang and narrated by Sam Scholl.