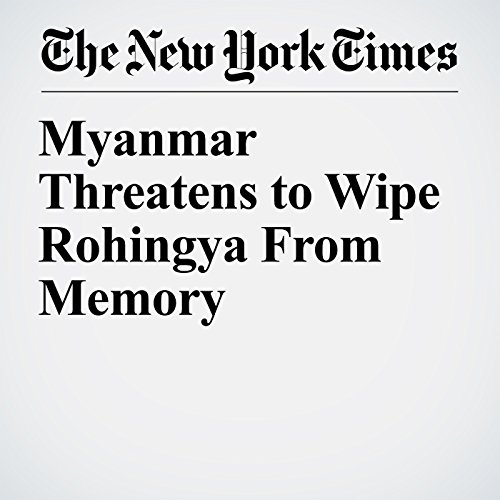 A long-persecuted Muslim minority concentrated in Myanmar’s western state of Rakhine, the Rohingya have been deemed dangerous interlopers from neighboring Bangladesh. Today, they are mostly stateless, their very identity denied by the Buddhist-majority Myanmar state.

"Myanmar Threatens to Wipe Rohingya From Memory" is from the December 02, 2017 World section of The New York Times. It was written by Hannah Beech and narrated by Kristi Burns.