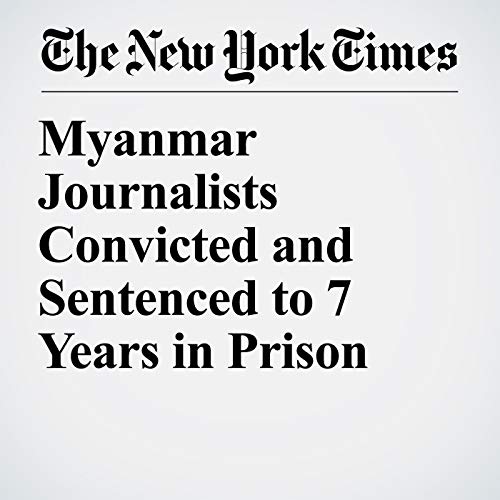 Two Reuters reporters who uncovered a massacre of Rohingya villagers in Myanmar were found guilty Monday of possessing secret documents and sentenced to seven years in prison.

"Myanmar Journalists Convicted and Sentenced to 7 Years in Prison" is from the September 03, 2018 World section of The New York Times. It was written by Richard C. Paddock and narrated by Keith Sellon-Wright.