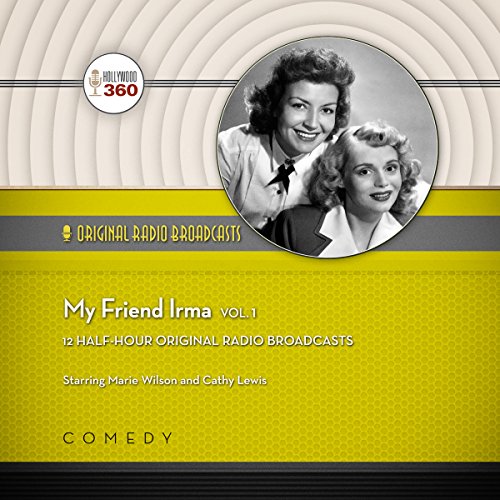 Some might remember My Friend Irma as the movie that served as the launching pad for Dean Martin and Jerry Lewis. Others recall a television show of the same name. But My Friend Irma actually originated as a radio sitcom that aired on CBS from 1947 to 1954. The show chronicled the daily highjinks of an extremely dim-witted blond stenographer named Irma Peterson and her screwball friends. One of Irma's best friends was her logical and very dependable roommate, and narrator of the show, Jane Stacy. Irma dated Al, a deadbeat, barely on the right side of the law, who hadn't held a job in years. Jane dated her millionaire boss, Richard Rhinelander, and dreamed of one day marrying him. Created by Cy Howard, My Friend Irmawas a top-rated radio comedy that escalated to film, television, and even a comic strip.