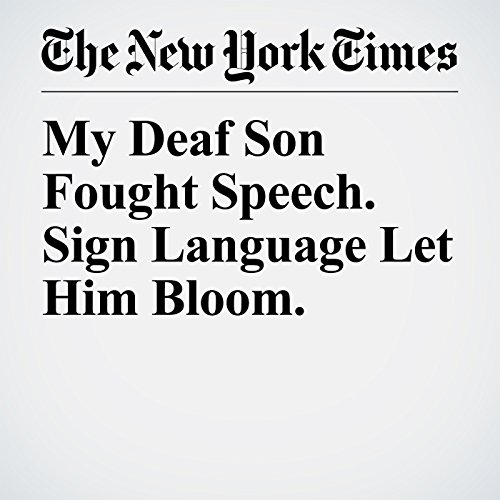 I watched my toddler wade into the Gulf and launch a fistful of pebbles in flight. They glistened, tiny sparks of light, before I realized he was up to his chin in cold water. And I realized that if I called his name, if I screamed it, the word would sink like stone.

"My Deaf Son Fought Speech. Sign Language Let Him Bloom." is from the June 05, 2017 Science section of The New York Times. It was written by Elizabeth Engelman and narrated by Kristi Burns .