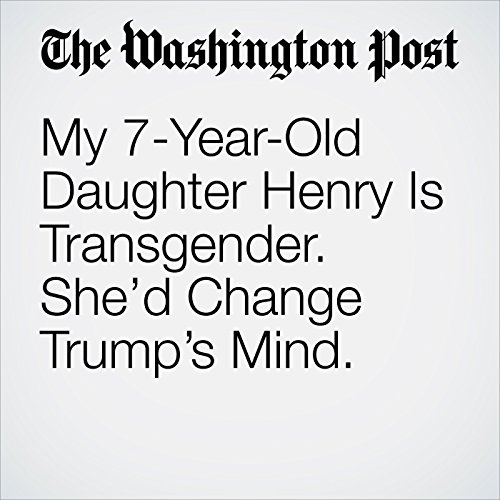 Last spring, when I heard Donald Trump say that Caitlyn Jenner could use whatever bathroom she wanted at Trump Tower, I breathed a sigh of relief. There weren’t many things Trump and I agreed on, but this was one. Surely, I hoped, if he became president, he would extend the same courtesy to my 7-year-old daughter, Henry.

"My 7-Year-Old Daughter Henry Is Transgender. She’d Change Trump’s Mind." is from the February 24, 2017 Opinion section of The Washington Post. It was written by Jen Aulwes and narrated by Jill Melancon.