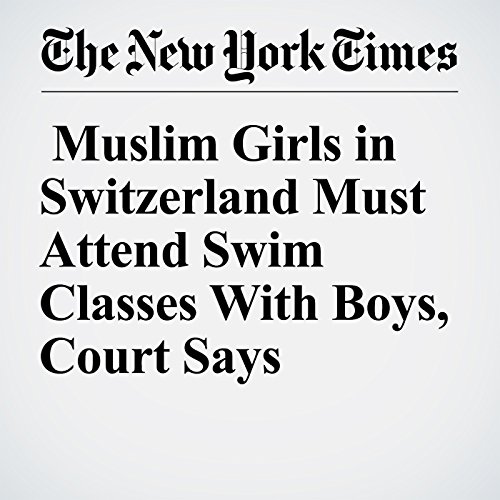 On Tuesday, the European Court of Human Rights upheld the Swiss officials’ decision, rejecting the parents’ argument that the Swiss authorities had violated the “freedom of thought, conscience and religion” guaranteed by the European Convention on Human Rights, which the court enforces.

" Muslim Girls in Switzerland Must Attend Swim Classes With Boys, Court Says" is from the January 10, 2017 World section of The New York Times. It was written by Dan Bilefsky and narrated by Kristi Burns.