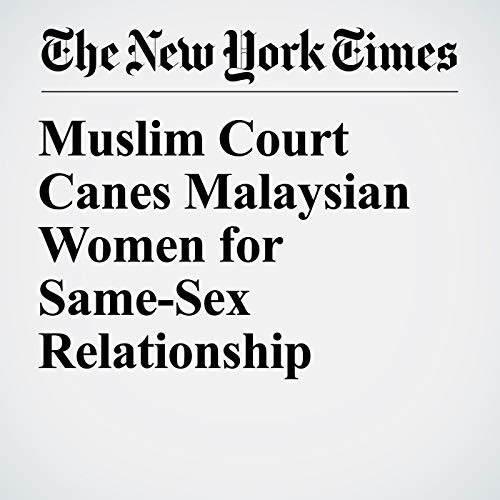 HONG KONG — Two Malaysian women accused of pursuing a sexual relationship were caned in an Islamic court Monday, setting off an outcry from rights groups who said the country’s political transformation this year had done little to ensure equal treatment of all citizens.

"Muslim Court Canes Malaysian Women for Same-Sex Relationship" is from the September 03, 2018 World section of The New York Times. It was written by Austin Ramzy and narrated by Keith Sellon-Wright.