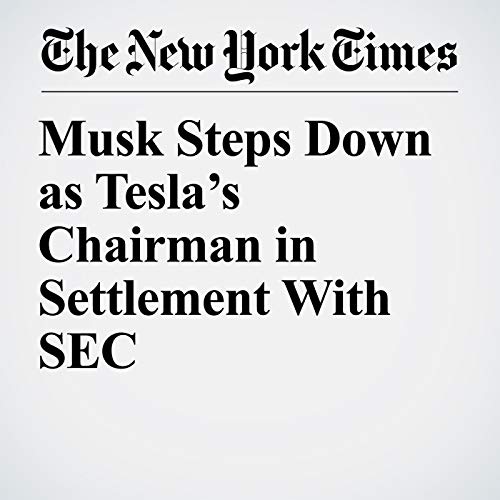 Elon Musk, under pressure from his lawyers and investors of Tesla, the company he co-founded, reached a deal with the Securities and Exchange Commission on Saturday to resolve securities fraud charges. The settlement will force Musk to step aside as chairman for three years and pay a $20 million fine.

"Musk Steps Down as Tesla’s Chairman in Settlement With SEC" is from the September 29, 2018 Business section of The New York Times. It was written by Matthew Goldstein and narrated by Keith Sellon-Wright.